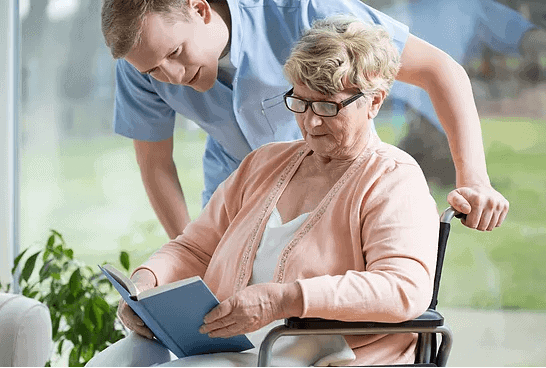 Much has been made of the first 100 days of President Trump’s administration, and of the American Health Care Act (AHCA). This bill was just passed by the House as the first step to repeal and replace the Affordable Care Act (ACA).

This issue of The ElderCounselor™ will highlight the activity of the President’s first 100+ days and the potential effects on seniors, veterans and the disabled.

In his first 100 days in office, President Trump has signed 32 executive orders, 28 memoranda, 34 proclamations and 29 legislative bills passed by Congress, according to www.whitehouse.gov. A few of those are highlighted below:

* Nomination and confirmation of Judge Neil Gorsuch to the Supreme Court.

* Establishing a hiring freeze for some federal government workers, excluding the military.

* Establishing a mandate that agencies abolish two regulations for every new one introduced.

* Creating an office of accountability at the Veterans Administration and removing restrictions on the Veterans Choice Program.

President Trump also signed into law The Veterans Choice Program (VCP) Extension and Improvement Act, improving the 2014 program that allows eligible veterans to receive care from providers in the community instead of only from the VA. There are three significant changes to the program:

What’s in the AHCA?

Here are some of the main provisions in the bill as it now stands. Remember, these are likely to change at any point in the process.

* The mandates are gone. The individual mandate that required every person to have insurance or face fines is eliminated. So is the employer mandate which forced employers with at least 50 employees to provide healthcare coverage. Under the ACA, some employers had reduced employee hours and/or not hired more workers due to the costs of insurance.

* Insurers may apply a 30% surcharge to customers who let their coverage lapse for more than 63 days in the past year.

* ACA’s income-based subsidies are replaced with age-related tax credits. These range from $2,000 to $14,000 per year for individuals and households.

Insurers can charge higher premiums for older persons or persons with disabilities.

* Grown children up to age 26 can stay on their parents’ plans.

No longer requiring insurance companies to cover the 10 essential health services listed above could cause series harm to seniors and persons with disabilities. Prescription drugs alone can be financially devastating to a person with a disability, regardless of age. Aside from covering prescriptions, insurance companies often negotiate discounts, and without that negotiation individuals could be left with a large bill, or be forced to go without needed medication.

While eliminating mandatory coverage for the essential health benefits will lower premiums (in theory), many may not be able afford a higher premium and could go without needed care because outpatient or in-patient care would not be covered, nor would rehabilitative services.  A potential result of this piece of AHCA would be millions who would be under insured, or go without needed medical services or prescriptions. Interestingly, the CBO found that removing the necessity of covering essential benefits would save less money than keeping them.

Individuals who have a pre-existing condition and currently have health insurance, whether through an individual policy or Medicaid, will not pay more for their insurance as long as they have continuous coverage. If they let their coverage lapse for more than 63 days, insurers will be allowed to charge them 30% more than someone the same age without a pre-existing condition—but only if their state asks for and receives a waiver and sets up a high-risk pool to help cover people with serious, expensive-to-treat illnesses or diseases. $8 billion has been added to the AHCA over the next five years to help states finance their high-risk pools.

More than half of the 20 million people who gained coverage under ACA did so through Medicaid expansion, which allowed more people over the poverty line to be covered. Under the House bill, $880 billion will be cut from Medicaid over the next 10 years. It ends Medicaid expansion, limiting it to states that have already implemented it, and changes Medicaid from an open-ended program that covers beneficiaries’ costs to one that gives states fixed amounts of money annually, called per capita caps. This is a way to shift costs from the federal government to the states, who would be given a set amount of Medicaid funds per beneficiary. When the money runs out, states would either pay, or deny Medicaid eligibility to individuals who would otherwise qualify.

Additional Medicaid reforms include eliminating a state’s right to allow over $750,000 in home equity caps for unmarried applicants and eliminating the three-month retroactive coverage rule, forcing individuals to file an application and supporting documentation the same month they are seeking eligibility. For younger Medicaid applicants, states would be allowed to impose work requirements on able-bodied individuals.

A lot has happened in the first 100 days of President Trump’s administration, and there is a lot to watch as we move forward. The AHCA, in its current form, could negatively impact seniors and persons with disabilities. However, it is just at the beginning stages and will undergo many changes in the coming months. Advocacy for our seniors, veterans and persons with disabilities is even more important as the work continues to improve health care for all.

If you have any questions about how you or someone you work with may be affected by the topics discussed here, please don’t hesitate to reach out.

To comply with the U.S. Treasury regulations, we must inform you that (i) any U.S. federal tax advice contained in this newsletter was not intended or written to be used, and cannot be used, by any person for the purpose of avoiding U.S. federal tax penalties that may be imposed on such person and (ii) each taxpayer should seek advice from their tax advisor based on the taxpayer’s particular circumstances.

Posted in 2017, Popular
Scroll to Top